After a devastating fire, Dualtech made castings again within seven weeks and avoided losing customers accustomed to four-week lead times.

Feb. 3, 2008, the wild card New York Giants upset the New England Patriots to win Super Bowl XLII and the Vince Lombardi Trophy. The Patriots' aspirations of finishing both the regular and post season without a loss went up in flames with an Eli Manning touchdown pass to Plaxico Burress with 35 seconds left in the game.

Earlier that morning, Laugle felt a sense of calm as he pulled up to the building and saw the fire department attacking the flames. He wasn't concerned with the loss of the office, where the fire was contained, and he was confident that equipment made to withstand high temperatures would surely survive the structure fire. But after the flames were doused, a walk-through of the building revealed a devastating scene Laugle was unprepared to see.

"I couldn't believe it," he said. "We lost 95% of our equipment." While the building remained standing, the heat of the fire inside had damaged nearly everything beyond use. Control panels were misshapen hunks of metal and plastic. A tall stack of aluminum molding plates became a 3-ft. pile of scrap. Laugle saw what he thought was impossible. His foundry had melted.

Immediately, Laugle was on the phone with his equipment suppliers to see how quickly he could get the casting facility back up and running. Palmer Manufacturing had a coremaker ready for another customer but with permission was able to divert it to Dualtech. The company sent the core machine, along with a sand system, to the Indianapolis-area facility that week. Inductotherm was able to deliver a new furnace within six weeks. With a temporary solution in the works, Laugle made it home in time to enjoy the football game that evening.

Seven weeks later, Dualtech was back to making its short-run and prototype castings in a charred building. In less than a year, the company began pouring castings in a brand-new $3.7 million facility a stone's throw from the original building.

"During that time, we didn't lose a single customer or employee." Laugle said.

Machine Shop to the Rescue

After working several years for a pattern shop in Columbus, Ind.. Laugle started his own company, Innovative Casting Technologies (ICT), in 1998 as a machine shop focusing on prototypes. From the beginning, Laugle's goal was to supply short-run, complete machined parts quickly and with style. 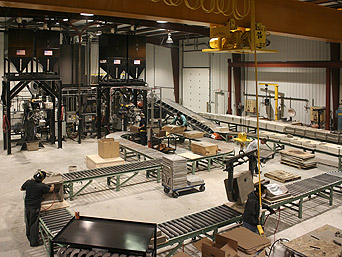 "As a prototype shop, our parts could be the ones ending up on a conference table," he said. "They have to look nice."

The typical turnaround at ICT for a fully machined part is three to four weeks, although two to three weeks is possible in certain cases. Laugle attributes this to a stable workforce that has not changed much in 11 years. Nearly all of ICT's 35 associates have been working there for more than five years.

At first, the business outsourced its castings, but Laugle found that he was waiting too long for delivery. In 2002, he built Dualtech in a neighboring building to supply castings to ICT. The casting facility pours iron and aluminum, as well as some exotic metals, such as Ni-Resist and high silicon molybdenum. For seven years, the machine shop and casting facility have worked in tandem in their niche as a prototyper and rescue metalcaster. A significant portion of Dualtech's business is dedicated to filling in gaps of production when an ICT supplier's shipment is running late or a shipment delivered from another source is wrong or defective.

"We are the interim supplier until someone gets the problem fixed," Laugle said. "We fill the niche of, 'oh no, the boat with our shipment is late.'"

To maintain rescuer status, Dualtech keeps 30% open capacity at all times, even at its busiest. This allows the company the flexibility of fitting in an emergency job. The company also makes extra castings for each order and stores them in what Laugle calls the "hero room." If a customer calls and needs an extra part in a crunch, Dualtech can ship it immediately. 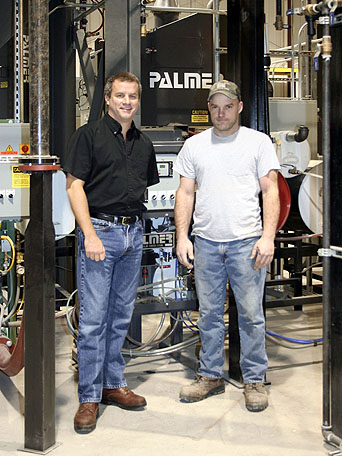 After the fire, Dualtech could not afford a long period of zero production, with short lead times one of its main selling points. The company was insured for loss of income but not loss of customers, and Laugle was concerned the downtime waiting for equipment to be delivered and installed would result in missed deadlines and possible-lost customers. He contacted a friend who runs metalcasting facility Ewing Light Metals, Indianapolis, a half an hour away. The shop ran one shift during the day and allowed Dualtech to pour its castings there in the evenings so it could fulfill its outstanding customer orders. For seven weeks, half of Dualtech's employees commuted to Ewing Light Metals, while the other half stayed behind to facilitate the reopening of Dualtech.

With the borrowed equipment, Dualtech continued to fulfill customer orders, but eventually a permanent casting line was needed. Before the fire, Laugle had purchased an empty lot and building he had planned to use as a warehouse. He decided to build the new casting facility there, instead. The fire-damaged building's walls remained standing, so after some cleaning and refurbishing, it was transitioned into the needed warehouse.

In May 2008, while Dualtech operated its makeshift molding line, it also began building the new casting operation. This included an upgraded sand reclamation system with new high efficiency transporters and storage silos for both new and mechanically reclaimed sand, along with a continuous no-bake molding line, two induction furnaces for iron, two furnaces for aluminum, a core machine and shakeout system. Grinding and finishing operations were moved into the same building. The new casting facility was ready for production by December 2008.

Dualtech's new facility also features a testing lab with a Brinell tester, spectrometer, micro structure and tensile tester, as well as a classroom overlooking the casting operation. The plan is to hold casting design and metalcasting basics classes there for current and prospective customers. 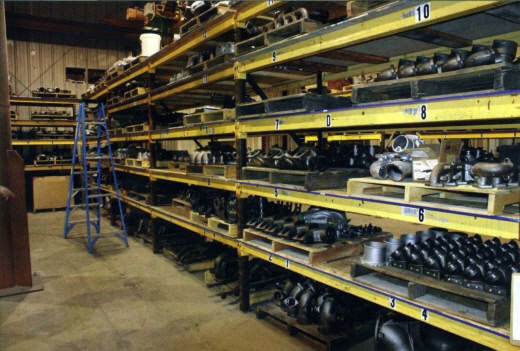 Extra castings are produced for each order and stored in the "hero room." Laugle says you're either "a hero or a goat," so when a customer unexpectedly needs another casting, Dualtech can ship it that day and be the hero.

The majority of ICT's sales is to Caterpillar and Cummins, which together consume 80% of the company's production. However, the orders come from different companies within those two businesses nationwide, which Laugle said makes him feel like he isn't too reliant on specific customers.

"We have been financially strong and knew the recession was going to hit sooner or later, so we started saving," Laugle said.

While production may slow, he said he will not lay off any of his workers during the downtime. "I don't want to give up the experience of my staff."

ICT's niche as a prototype, low volume production shop with an in-house casting facility has put it in a unique position of having little competition, according to Laugle. So it will take more than a fire to put it out of business.

“ICT’s takes a continuous improvement approach with all of its projects to increase production, reduce waste, decrease lead times and improve quality. We take pride in actively pursuing the most advanced production and molding technologies to accomplish our goals.”

“Our mechanical and thermal reclaim systems ensure 100% Sand Reclamation. This provides economic and environmental benefits as no sand leaves our foundry for the landfill. This reduces waste, disposal, and transportation costs. Casting quality is also improved as reclaimed sand produces strong molds and cores.” 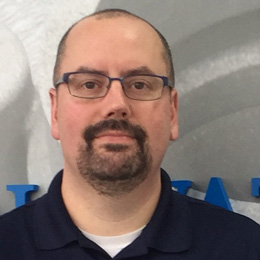 “Our 3D metal printer is an AM technology that is revolutionizing the design and prototyping world especially in transportation and medical industries because part weight can be reduced significantly. Conformal cooling is another key advantage of 3D metal printing as it gives the mold maker the ability to add water cooling lines in tight spots and follow very complex contours.”